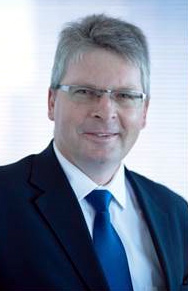 John is both a registered Australian patent and trade marks attorney and also a South African patent attorney.  Before migrating to Australia, he was a co-owner and director of the firm Dr Gerntholtz Inc, based in Cape Town, who he was with for 15 years.  After settling in Perth, John gained experience in Australian practice first in the local firm Lord & Co and subsequently in the Perth office of the national firm Griffith Hack.

Having spent the majority of his career in boutique sized firms, John has gained significant expertise in a wide range of technologies including chemical and mineral processing, mining equipment and detonation systems, the steel industry and wind power technologies, packaging and consumer goods made from cardboard and injection-moulded plastics, automated filling machines and food processing, as well as agricultural machinery and diverse layman inventions.

While in South Africa, John acted in patent infringement and revocation proceedings before the Court of the Commissioner of Patents and in the Supreme Court of Appeal.

John also has extensive experience in filing and prosecuting patent and design applications throughout the various African countries and regions.

John graduated from Stellenbosch University with a Masters degree on the combustion synthesis of aluminium nitride.  John further obtained an LLB degree from the University of Cape Town and is admitted in the High Court of South Africa.  On deciding to migrate to Australia, John completed the degree of Master of Intellectual Property through the University of Technology Sydney.